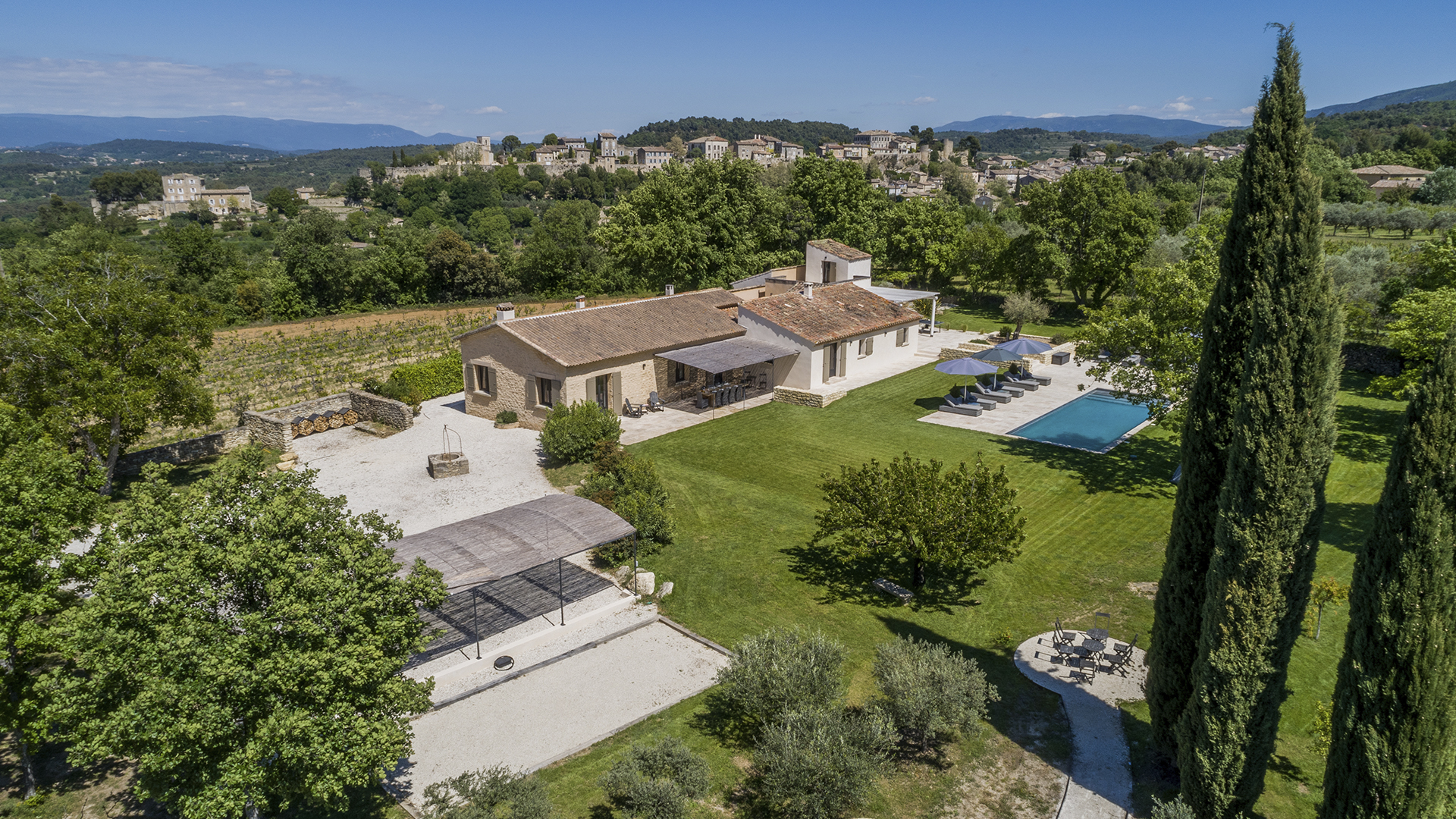 Please enter your wishes and we'll contact you with a quote

Beautiful Pure Villa Plenitude is located less than one kilometer from the famous village of Ménerbes, where one can find many nice restaurants, shops and cafés.
Neighboring hilltop villages of Gordes, Bonnieux, Oppède, and Roussillon can be reached in less than 15 minutes’ drive. This location lends itself well to a true experience of the sought-after Provence lifestyle.

This enchanting Villa was fully renovated and refurbished in 2018, with careful attention to detail and high standard of living. The beautiful interiors have been treated as a 5 star hotel, with air conditioning throughout the house, a fantastically equipped kitchen, and four ground floor bedrooms of equal standard.

The gardens and exteriors of the house are quite magical in person – Beautiful views in every direction of the Luberon hills, Mont Ventoux and Ménerbes village.

And there is so much to enjoy, for guests of all ages – ample green space, large pool with comfortable loungers,
terrain de boules, gym, foosball table, and ping pong table. There is something for everyone here at Villa Plenitude.

This is the perfect property for groups of couples or families traveling together! 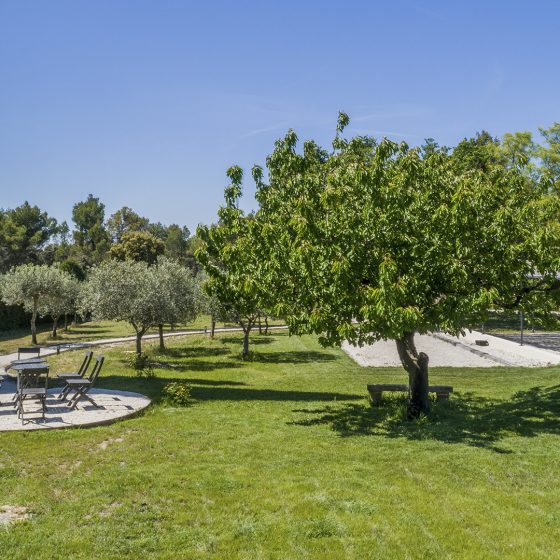 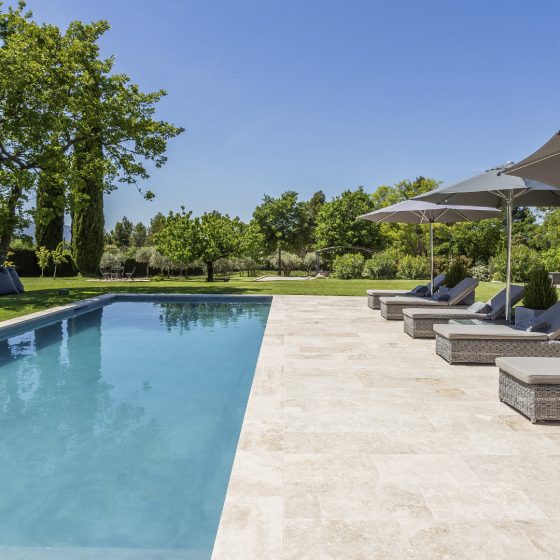 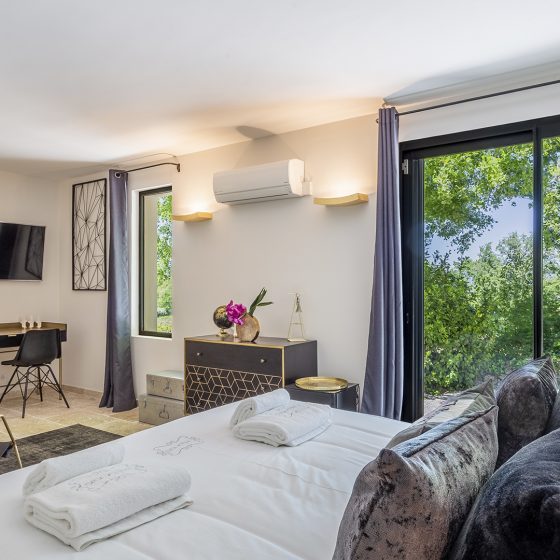 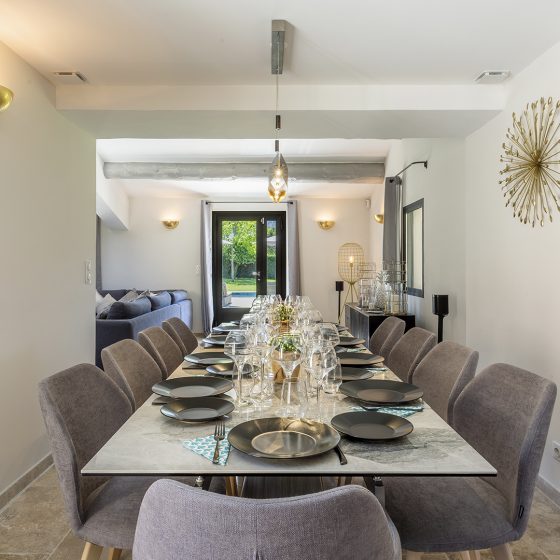 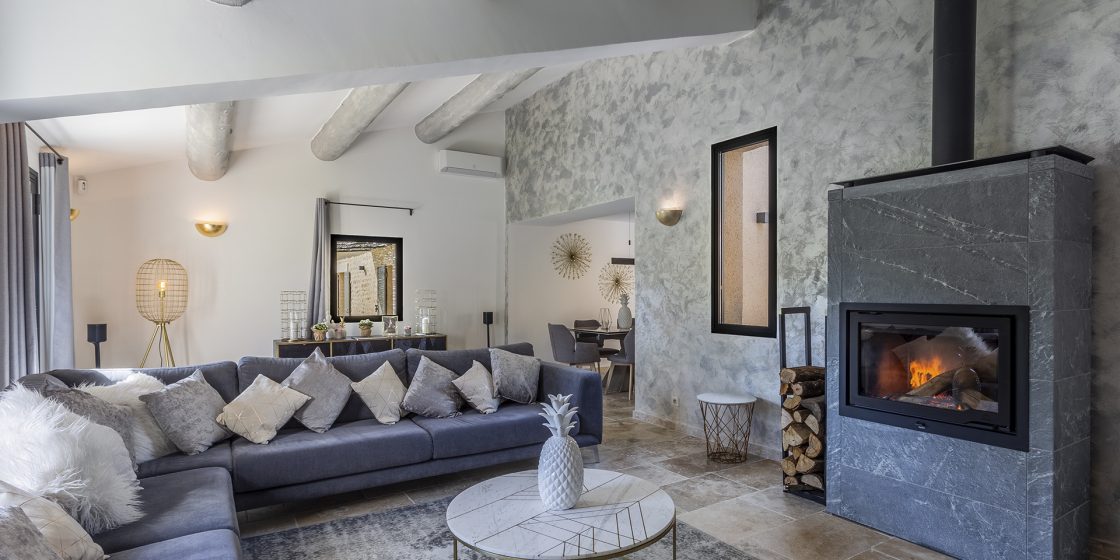 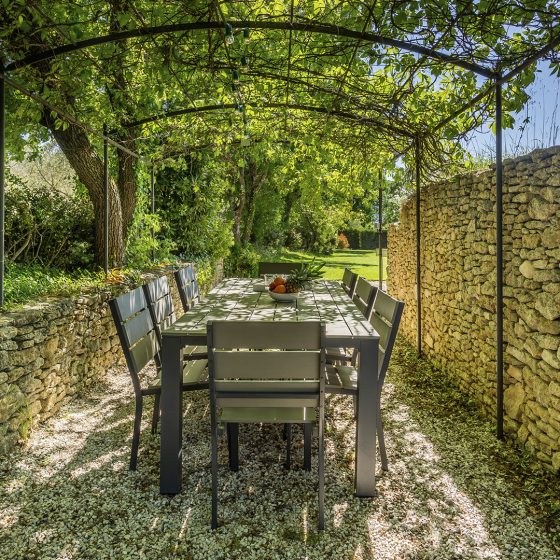 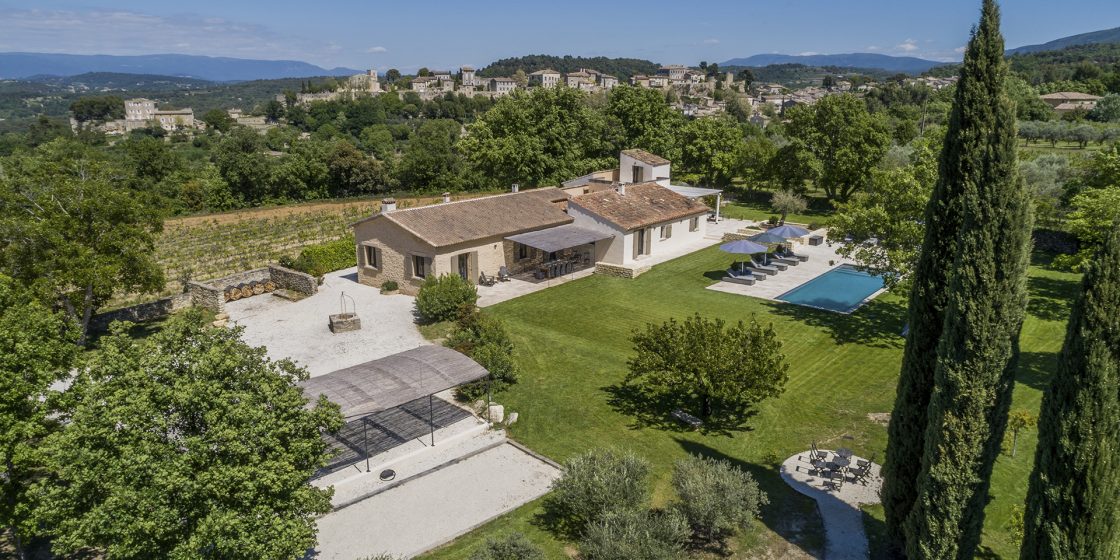 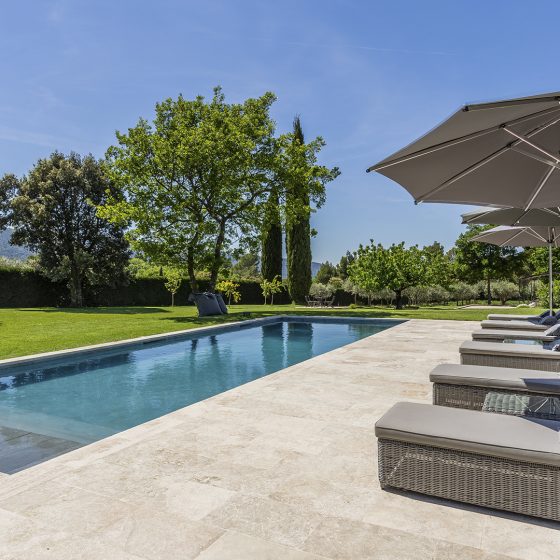 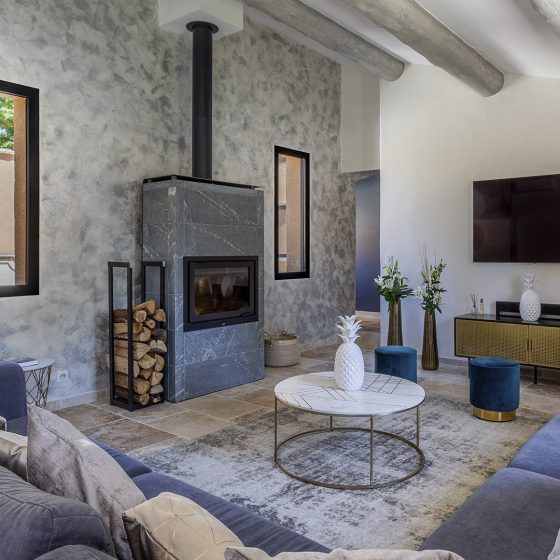 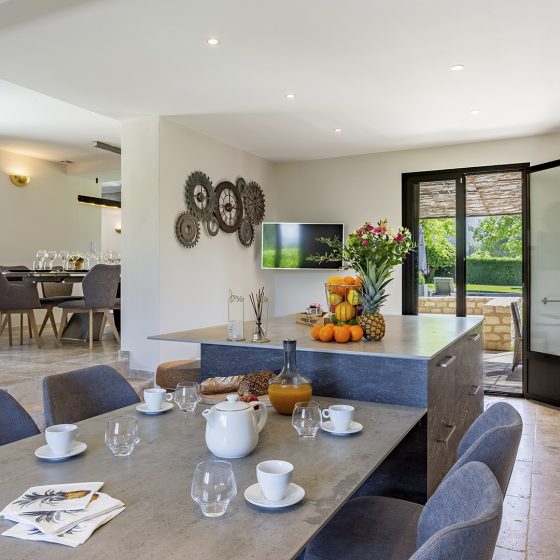 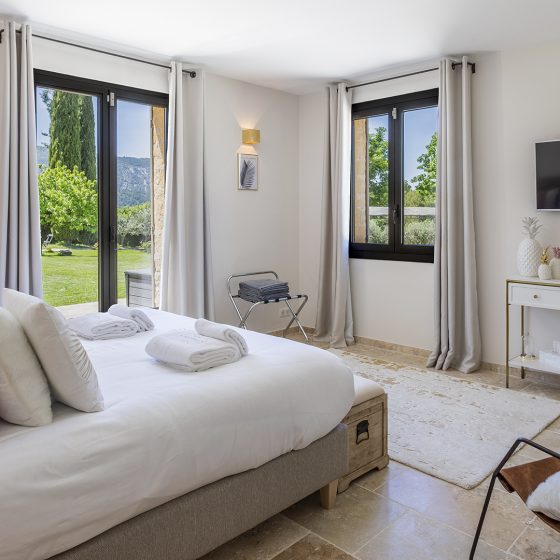 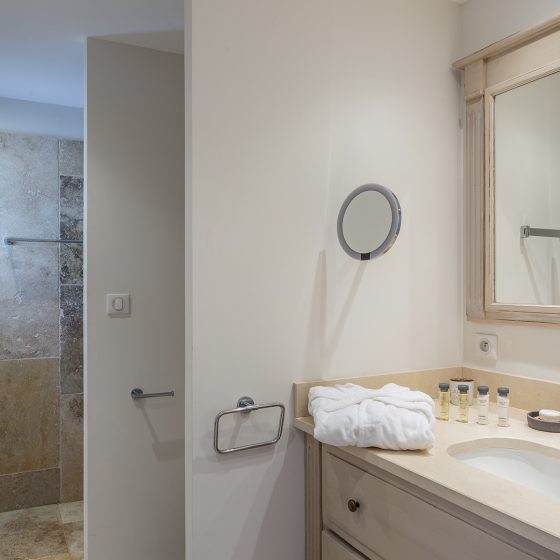 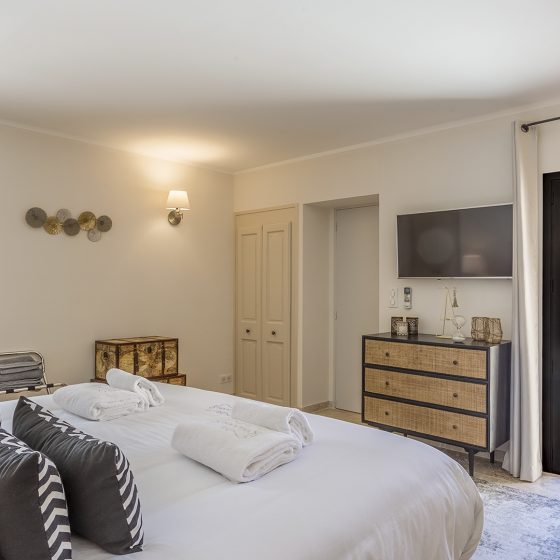 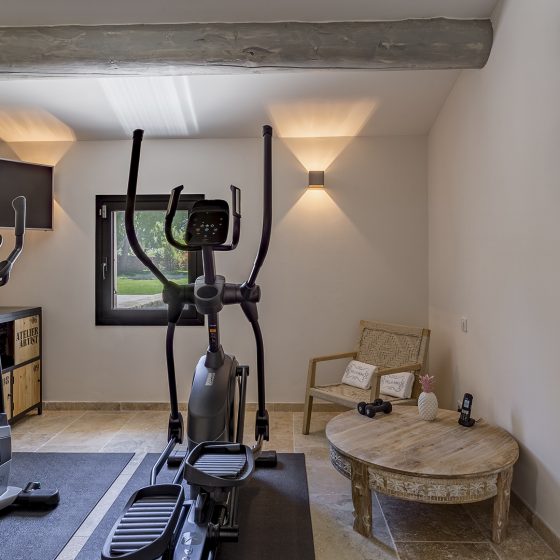 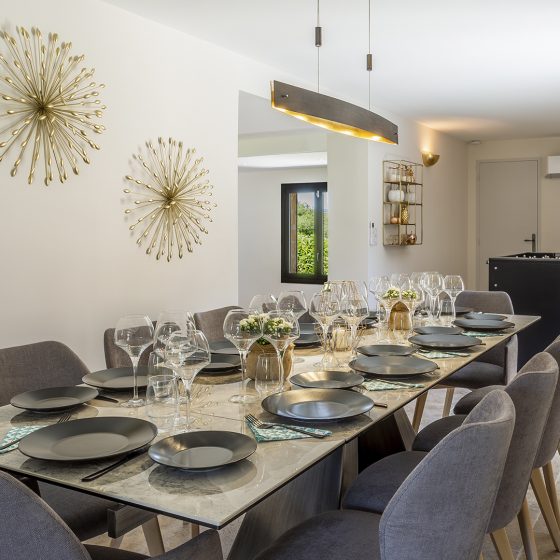 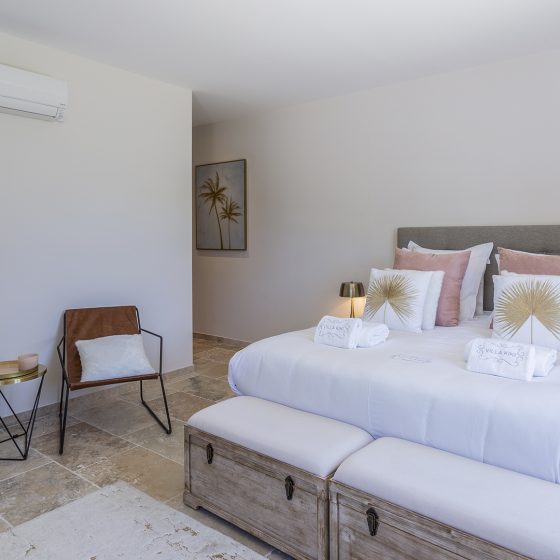 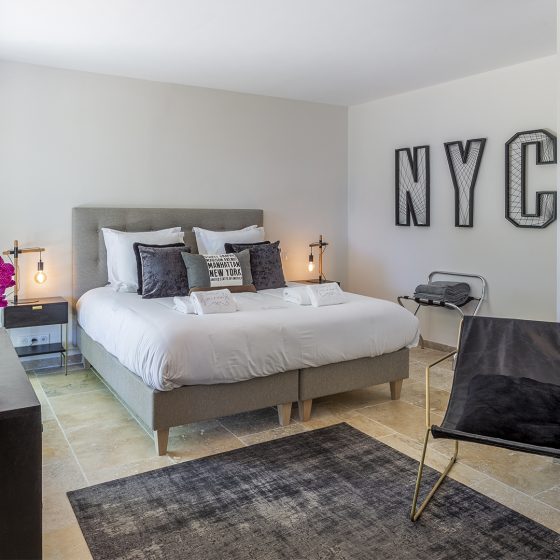 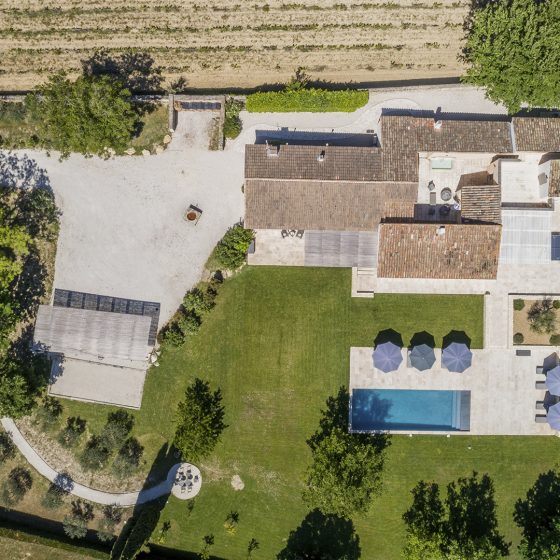 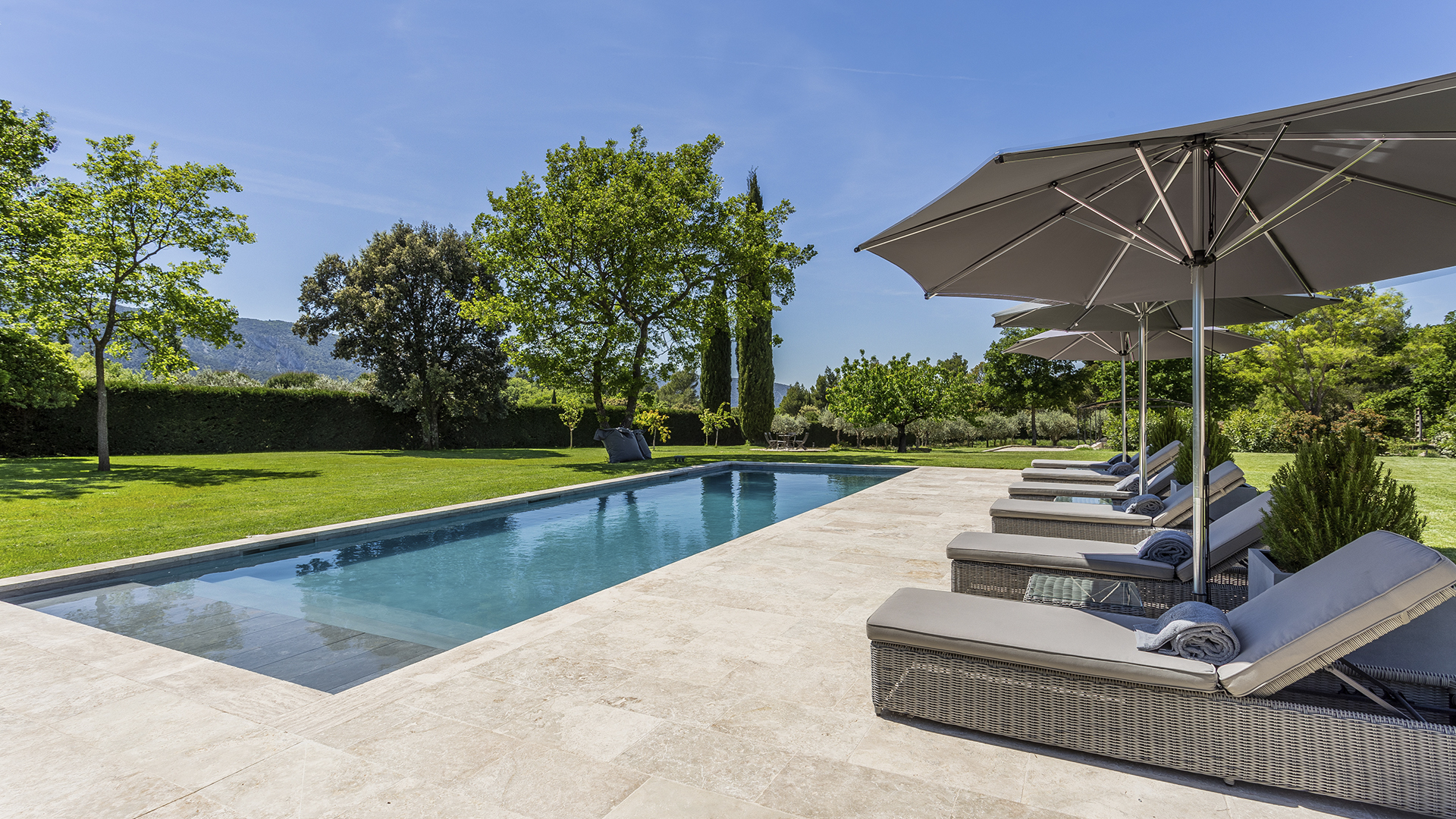 This superb little village in the Luberon is considered one of the finest in France. Built on a hill, it is surrounded by magnificent countryside. When visiting Ménerbes you will notice that its rich historic past has been well-preserved.

The Dolmen de la Pichouno (unique to the Vaucluse) shows that Ménerbes has been inhabited since prehistoric times. Archeological excavations have uncovered the remains of villas and an ancient cemetery dating back to Roman times.

Across from the Luberon Mountain chain lies an ancient convent of the Carmelite Order which has its beginning around 1250. Built on an existing religious site, Saint Hillaire is rich on architectural styles, from Roman to classical Gothic. During the Middle Ages, access to the town was through the two doors, St Sauveur et Notre Dame.

At the time of the religious wars in the 16th century, Ménerbes was the capital of the Protestant movement and you can admire the imposing citadel built between the 12th and 16th century. This dramatic past comes to life when you see the magnificent old houses, now lovingly restored and the power taken by the aristocracy at the time. The houses certainly lend character to the old Ménerbes !

Nicolas de Staël and Picasso both owned houses at Ménerbes and they have been joined by other famous artists, musicians, comedians and writers, all of whom own one of the farmhouses scattered around the village.

Do not leave Ménerbes without making a tour of the picturesque “corkscrew museum” where more than 1,000 different varieties of this magic tool are on display.